Westward drivers on U.S. Route 30 leave Pennsylvania’s beautiful forests and mountains, drive in West Virginia’s northern panhandle for six miles, and break out of the twisting, turning highway, into a more ‘civilized’ road.

It won’t be long now before they are slapped with the bare midwest scenery– flat, straight and rather unexciting. Or so they might expect.

Immediately after crossing the Ohio River, East Liverpool, Ohio,  (population 10,600) shows it’s lovely face with a quiet downtown. Old buildings are kept in vintage shape. Visitors would never know that 300 pottery making operations once called this area home, making it the Pottery Capital of the World. Two well-known companies, Homer Laughlin (Fiesta Ware) and Hall China still pour out truckloads of china, but those two are the only large companies remaining.

The American Mug and Stein Company is a tiny company by historical standards but turns out mugs for distribution around the world. Starbucks is one of its customers. The old post office has become the Museum of Ceramics, boasting of intricate fine china made here in years past.

The town’s square is the village showpiece, the courthouse on one block, a bandshell on another and parks and picnic tables on the others. But rebuilding is the story here.

Lisbon, population 2,800, about the size of York County’s Manchester, is a traffic center. Trucks rumble through town, sometimes three or four in a ‘caravan’. There is talk of building a bypass to route trucks around town.

At the three-story Phoenix Building, a massive rebuild is underway to open condominiums, apartments and a drug store. Just two blocks away, the same owner has opened the Courthouse Inn, a vegetarian restaurant with exquisite decor found usually in bigger cities with bigger crowds. Built in 1803, the same year Ohio became a state, it is the oldest brick building in Ohio. Abraham Lincoln’s Secretary of War Edwin Stanton had a law office here.

The floors are imported tile, the artwork is all original, and the Inn shines with a brilliance that surprises newcomers. Even the restroom walls sparkle with wall to wall crystal mosaics. In the outdoor courtyard are tables of solid agate stone, with matching stools (of course). The Inn is also expected to add a spa soon.

Continuing on, U.S. Route 30 skirts the south of Canton, missing the Pro Football Hall of Fame by two miles, and passes the former Ohio State Reformatory, the “The Shawshank Redemption” movie site in Mansfield. Guided tours of the buildings and grounds are available, starting at $13.

Drivers will count utility poles to stay awake at this point; the scenery has taken on a sudden dreary quietness. Most of the road west of Canton is a four-lane highway, much like York and Lancaster– without the retails shops. Windmills, or wind turbines as locals call them are becoming more obvious here, both because of their numbers and the flat terrain.

About 150 turbines decorate the countryside near Van Wert, Ohio, standing tall over farm fields covered with a pretty yellow weed called Golden Rocket or Yellow Rocket. It takes over the fields when farmers can’t get in the wet fields to plant. At least half the area fields, one farmer says, will not be planted because of spring rains/floods. Floods were a spring curse that drenched much of the midwest.

The landscape doesn’t change much in Indiana, except when approaching state’s second-biggest city of Fort Wayne (population 265,000). U.S. Route 30 was relocated to become part of I-69 around the city, but the Lincoln Highway, as in many towns, maintained its original route, near the Fort Wayne Children’s Zoo. 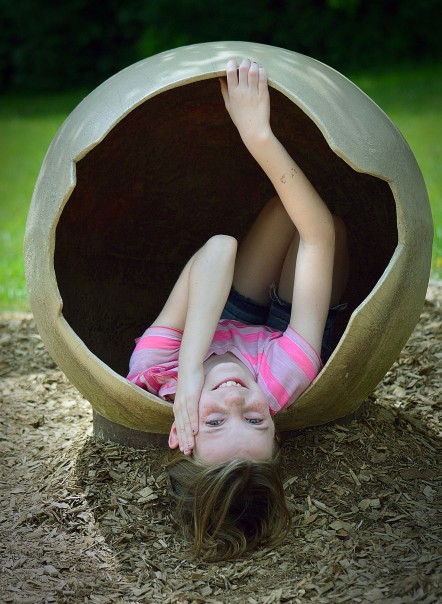 It has been listed as the seventh-best zoo in the U.S., the twentieth best zoo in the world by Trip Advisor. The zoo takes ‘trips’ to Indonesia, Africa, and Australia through its animals, which include feeding baby giraffes. On hot summer days, visitors will welcome a sprinkling by water misters or rides on Crocodile Creek or the Sky Safari.

Less than an hour away is Warsaw, Indiana, where U.S. Route 30 might seem strangely familiar to York Countians. Traffic backs up on a multi-lane highway at all hours, and retail stores and factories line the curbs.

The city of nearly 14,000 (about the size of Hanover, Pa.) is known as the Orthopedic Capital of the World. Zimmer Biomet, Tecomet, Avalign Cutting Instruments, DePuy Manufacturing are all medical suppliers and builders. If you own an artificial hip, shoulder, knee, screws or plates, there’s a good chance it came from Warsaw.

For recreation, try one of the city’s beautiful lakes for fishing and boating.  Center Lake, Pike Lake, and Winona Lake are all within the city limits and a few more are just a mile or two away.

Kosciusko County, of which Warsaw is part, hosts a surprisingly large number of festivals and special events; every weekend is filled.

Jumping ahead to Joliet, Illinois, manufacturing takes over the landscape, and Plainfield seems to be a giant industrial park.

Travelers who dislike big-city driving can breathe a sigh of relief here, since this metropolitan area is the last they’ll see until they reach Cheyenne, Wyoming (population 64,000 — the size of Lancaster), or Portland, Oregon (population 647,000). 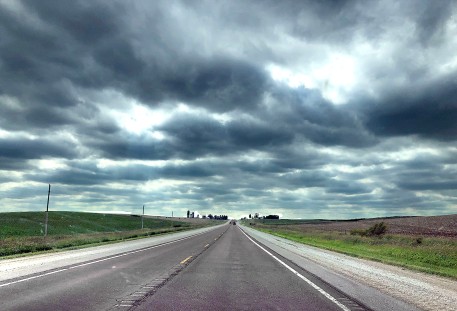 Look at any Illinois map and you’ll see straight-line highways and no mountains, hills or even much elevation, as illustrated by the scarcity of ski areas (only four).

Air Classics Inc. Museum of Aviation in Sugar Grove, Illinois, is a small outdoors collection at the Aurora Municipal Airport.  The museum collection includes aircraft, vehicles, uniforms and other aviation memorabilia from the 1930s to the present time.

Shabbona (population 900) is a quiet town about 20 miles further down U.S. Route 30.  Almost 200 wind turbines have been built in Dekalb and Lee Counties, and while some residents welcome them, others are protesting the building because of noise, vibration, and lights. “Illinois is only seven years away from its deadline for getting 25% of the state’s energy from renewable sources,” according to Northern Public Radio.

In Rock Falls, Illinois, the 29-mile long Hennepin Feeder Canal provided water to the Hennepin Canal, which connected the Illinois and Mississippi River. The original plan was borne in 1834, but the canal wasn’t completed until 1907 after railroads had already reduced the need for water transport. Cyclists, hikers, and anglers come to enjoy the stocked waters, peaceful wooded banks, and abundance of birdlife.

Cross the Mississippi River into Iowa and wander through the small town of Wheatland, named after President James Buchanon’s Lancaster County home.

Stop at the Meskwaki Cultural Center and Museum in Tama, Iowa. The Meskwaki tribe is the only settlement in the United States, different from a reservation because the tribe owns the land.

From the website– “Because their ancestors had the tenacity and foresight to purchase their land, the Meskwaki Settlement is not an Indian Reservation. It was not set apart from the public domain and reserved for Indians. It is private purchased property, a sovereign nation.”

“Visitors are educated and receive insight in the tradition and culture of the Meskwaki (sometimes spelled Mesquakie).  By sharing our culture, we hope others walk away with open minds and open hearts, able to respect and learn from different cultures such as ours.”

The tribe also owns a casino, one of four in Iowa operated by Native Americans.

While in Toledo, Iowa,  stop at the Big T Restaurant for an Iowa delicacy– a Maid-Rite sandwich. As one diner explained, “It’s a sloppy joe without the slop.”

Roadwork continues throughout the state, updating the two-lane U.S. Route 30 into a four-lane. Maybe because of that, the pavement on the existing highway is sometimes rougher than in other parts of the U.S.

Traffic is light throughout Iowa’s U.S. Route 30, and drivers might wonder about the need for expansion. Most of the work involves replacing cornfields, certainly not rolling hills or mountains. Only three ski resorts are scattered through the state, including the Seven Oaks Resort near Boone. It has a 275-foot vertical drop. York County’s Ski Roundtop’s drop is 600 feet.

In Woodbine, the streets were bricked in 1921, and the town claims to have the longest original section of the Lincoln Highway in Iowa. Woodbine (population 1,400) and the Harrison County Genealogical Society is saving it’s historical records in the restored Merry Brook School basement.

Near the Nebraska border, the DeSoto National Wildlife Refuge just recently reopened after being closed because of severe flooding in March.  All boat ramps are still closed, and some hiking trails are still flooded.